Yesterday was the pre-vernissage. The calm before the storm. The day where I should have seen more pavilions than I did, simply because today was crazy. Press weighed down by oversized cameras and/or minimalist leather-bound notebooks, VIPs and hipsters... all lugging dozens of superfluous tote (/show) bags, each pimping a country's artistic talents.  It's art PR at its most obscene.

Anyway, here are some photos from the few pavilions I saw during my brief breaks.   I'll return to these pavilions when I have a bit more time, but I just wanted to get these images published. 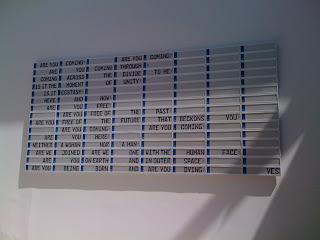 Most of the objects in the US pavilion are 'stages' for performances, gymnastic and athletic performances. The only performance I've seen so far has been on the massive tank outside the pavilion.  I'm itching to see the aeroplane seat performances, and withdraw money from the organ ATM.  The exhibition is called Gloria, by the artists Allora and Calzadilla, and is delighfully humourous:  a statue in a blindingly brigh sunbed, an ATM machine that dramatises a normally banal transaction, the elite athletes stretching in their sweabands and running shorts down the side of the pavilion before their turn on the monumental treadmill atop the upturned tank. I didn't like the US pavilion's exhibition at the last biennale, and I'm so glad to see that the US has a sense of humour at last.

﻿ ﻿
The United Kingdom's Pavilion was turned into a maze-like, claustrophobic space, which looked like a squat, or at least a building with confused identities.  Mike Nelson apparently spent 3 months installing the work, which, after navigating the stairs up and around the comparmentailised pavilion, is easily believed. A darkroom in one upper corner of the building gives us the best clue  as to the identity of the inhabitant (s?), and the photographs which hang on strings or on walls around the buildings cement this notion. 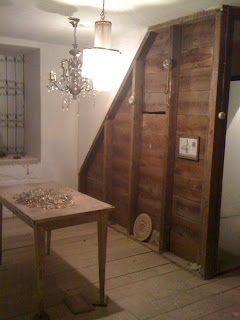 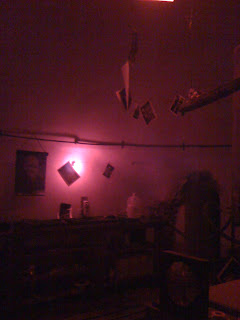 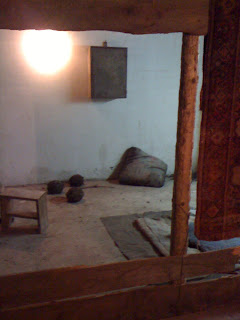 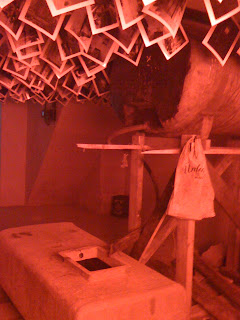 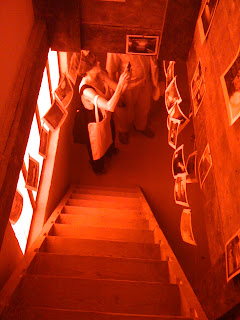 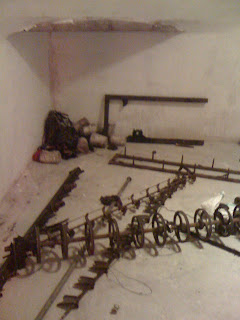 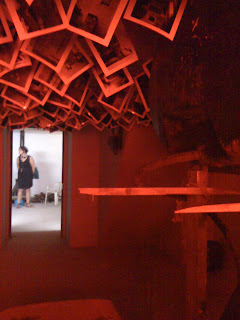 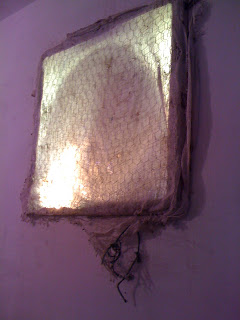 I was particularly drawn to this exhibition because I've been watching Boltanski work live from his studio via a webcam, at the local museum in Hobart, MONA.  MONA's owner, David Walsh, pays a wage to Boltanski in exchange for the rights to install a webcam that is streamed 24/7 across the world, to his museum in Tasmania.

The catalogue for the exhibition has an illuminating discussion between Boltanski and Walsh.  A must read. 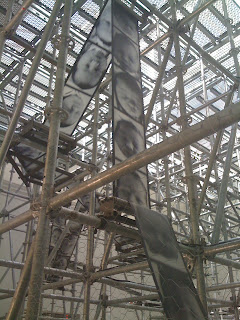 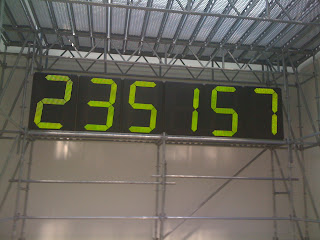 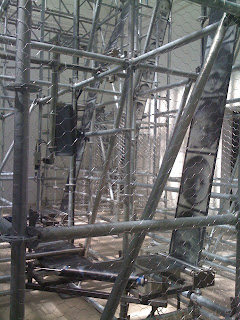 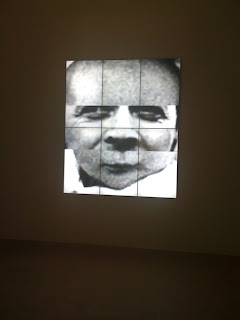 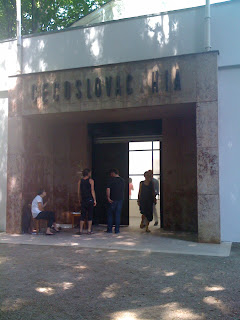 Dominik Lang's The Sleeping City in the Czech and Slovak Pavilion: 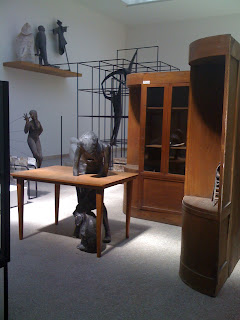 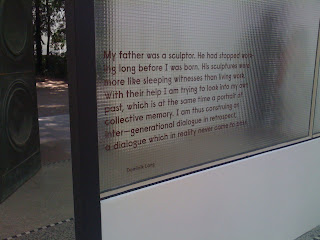 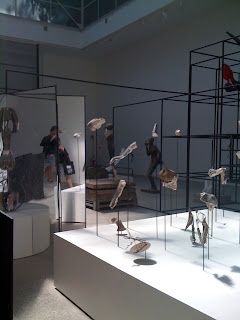 Christoph Schlingensief at the German Pavilion, a posthumous survey of his work. 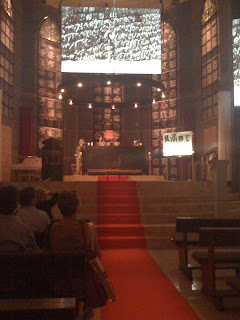 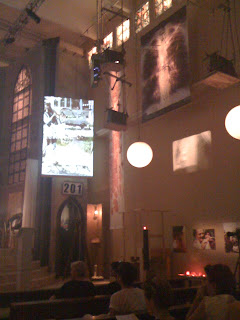 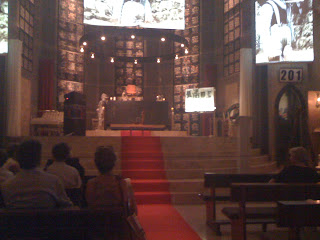 Hany Armanious at the Australian Pavilion.  All the works are meticulously cast in synthetic resin, and his choice of cast objects is strangely beautiful.  Here are just a few of the works: